Topaz Labs says that until now, it has offered three separate applications that address different image quality issues: DeNoise AI for removing noise, Sharpen AI for deblurring soft-focus images, and Gigapixel AI for upscaling low-resolution images. It says that while each of these does its job well, real-world situations usually result in one image needing more than one program to fix a batch of issues.

So, Photo AI combines the tech from all three of these programs into one editor that is smart enough to deal with image quality issues on its own and en masse.

“Getting a clean, crisp, and high-resolution photo is really important, but the current process of increasing image quality is quite slow and error-prone,” Eric Yang, CEO of Topaz Labs, says. “To solve this, we’ve built Topaz Photo AI to be an autopilot for image quality. It detects the unique problems in your image and intelligently applies the correct methods to maximize resolution, detail, and clarity.” 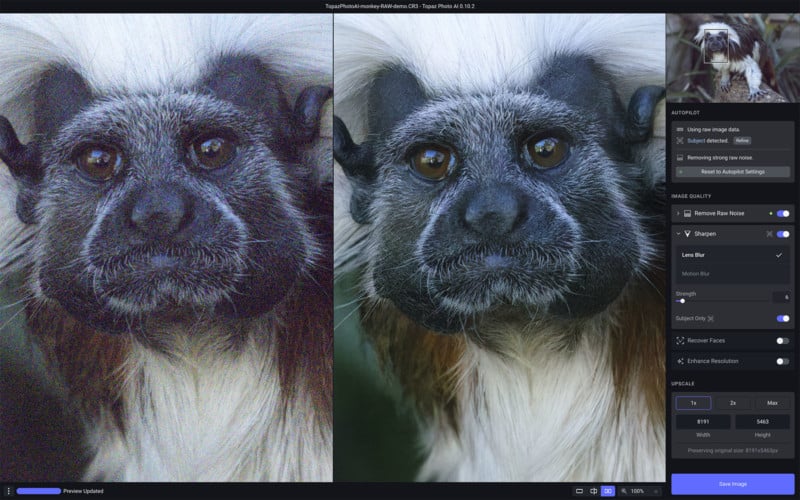 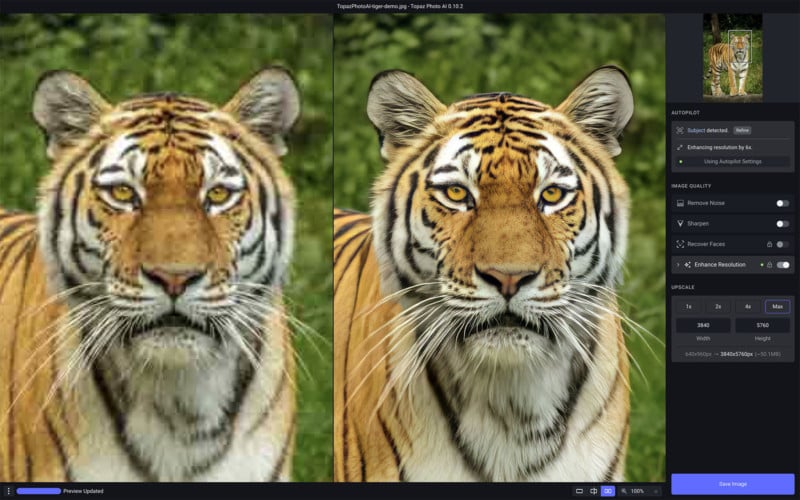 Photo AI has a feature called Autopilot, which automatically analyzes a set of photos and applies what it determines to be the right models and settings, which a photographer can then use as a starting point to make creative edits. The idea is this platform removes the tedium of fixing common image issues manually and instead lets photographers skip right to the best part of photo editing. 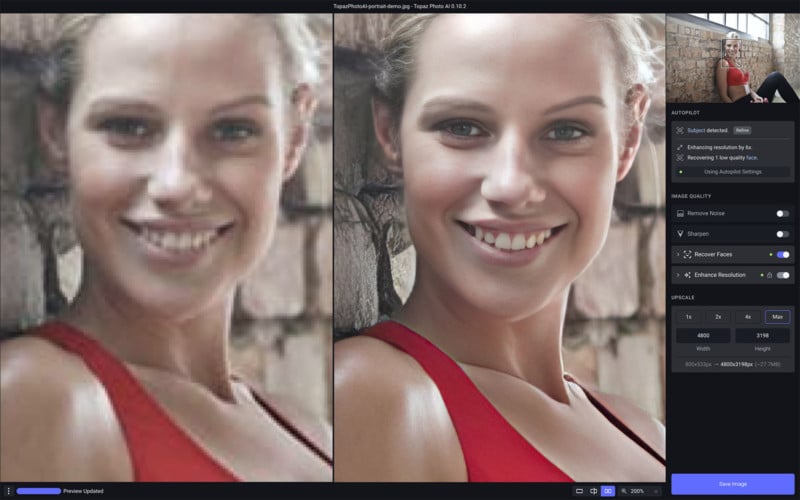 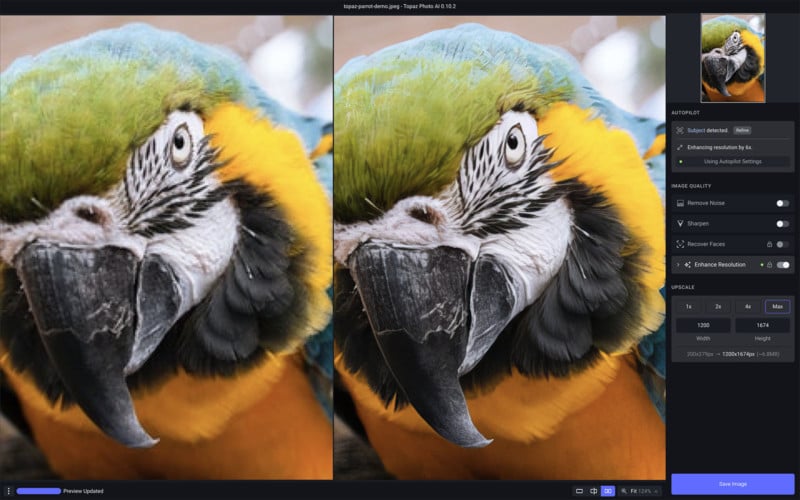 “Autopilot rigorously analyzes each image intelligently and combines the power of DeNoise AI, Sharpen AI, and Gigapixel AI to signiﬁcantly improve image quality within seconds after launch,” the company claims. “Autopilot will report all of the vital characteristics of the image, including automatically detected subjects and faces, and will automate the AI ​​model and settings selection process in various ways.”

Topaz adds that Photo AI is designed to fit into a variety of workflows, from RAW or JPEG to Lightroom or Capture One, the company promises that it will feel significantly ore well-integrated than the company’s previous image quality apps.

Topaz Photo AI is available starting today for $199 directly from the company’s website for both Windows and Mac computers.