Sydney Sweeney did a photo dump to honor her mom’s birthday, but it’s instantly backfiring — because people think it’s showing her true colors … ones they perceive as red.

The “Euphoria” actress threw up a bunch of shots Saturday on GI, showing her and her family celebrating her mother Lisa’s 60th birthday. They held the shindig at some sort of ranch, and the theme is hoedown-inspired … with everyone rocking cowboy hats and boots. 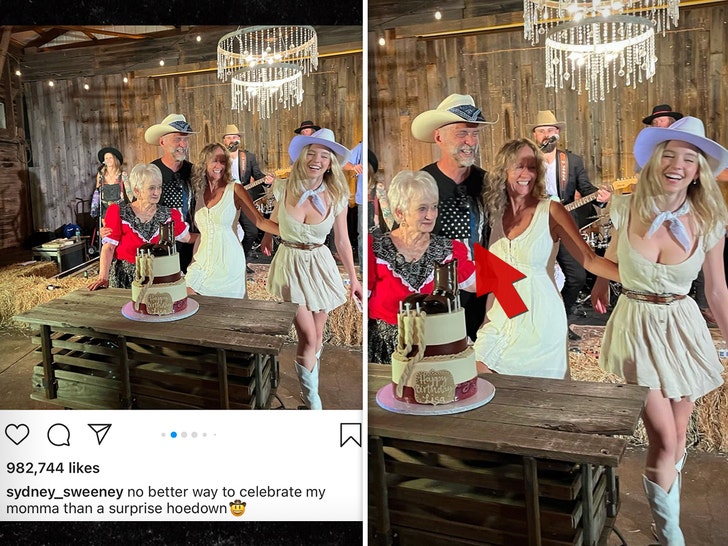 Seems relatively harmless — but some fans of hers are raising an eyebrow to the vibe they’re putting off, especially when it comes to certain people’s attire … shirts and hats specifically.

In one of the photos that SS posted, she’s alongside three other adults (one of whom is her mother, the blonde woman) as well as what appears to be her grandmother … and an older gentleman. We’re not exactly sure who he is, but he could easily be a relative as well. 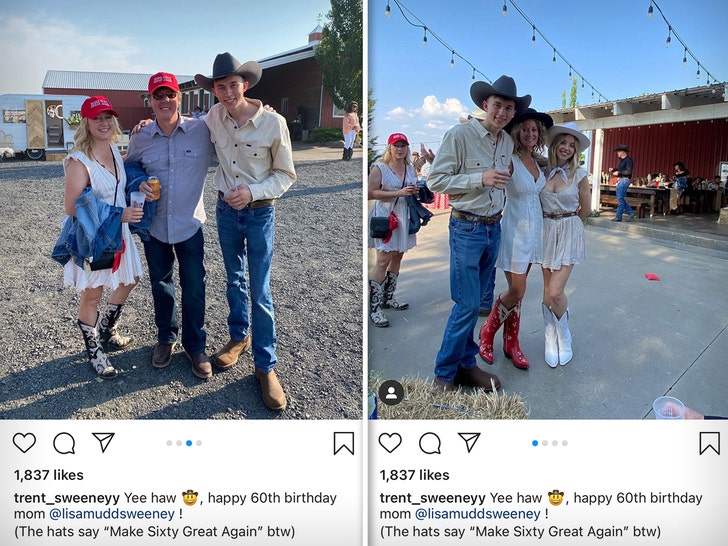 Folks are hyper-focusing on this guy’s shirt, which seems to be a Blue Lives Matter shirt — which has been symbolized with a black and white flag and a blue stripe down the middle.

Other photos and videos show attendees wearing red MAGA-style hats … with “Make Sixty Great Again” emblazoned on the forehead. Her brother, Trent, posted these — and made sure to note that’s exactly what they said. But the fact they’re being worn at all is getting critical. 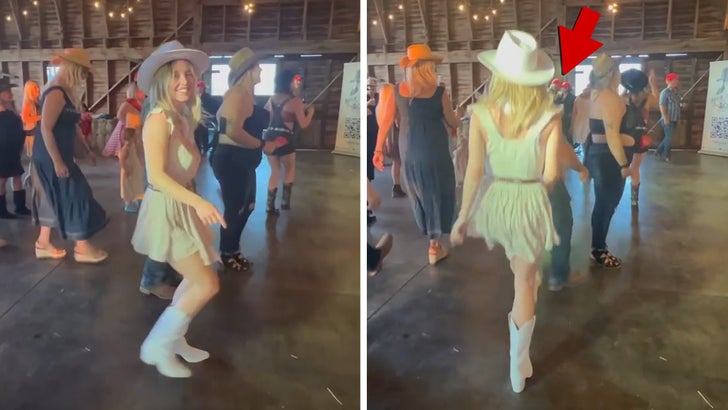 If you hop into the “Sydney Sweeney“trend right now…you’ll see some are jokingly asking where her family was on Jan. 6, and predicting that an apology video is forthcoming.

Of course, there’s an incredible amount of assumptions and speculation being piled on over this — but it’s nonetheless happening. Some Sweeney fans are actually expressing shock that her family appears to be somewhat right-wing — or potentially lean that way, anyway.

FWIW … Sydney’s from Washington state, but was raised in Idaho. Even if her fam does happen to be conservative, it’s certainly not the mortal sin Twitter’s making it out to be.