Please note that this post is tagged as a gossip.

A custom design based on NVIDIA flagship GPU from RTX 40 series smiles for a new photo.

The photo was leaked by @greymon55, who claims this is NVIDIA AD102 based graphics card. This massive design is supposedly a prototype for the next-gen NVIDIA GPU. It is clearly not the final design.

Since no brand was named and there is nothing distinctive about this prototype, we can only guess which model this will be. The first guess would be GALAX Deluxe, but the fan design is clearly different. The shape appears to match Gigabyte Gaming series, but the center fan should be directed in the opposite direction, which is not the case in this example.

Another guess would be MSI SUPRIM series, with similar rectangular design but fewer fan blades. Alternatively, this could be a prototype for ASUS TUF, but personally, I would be leaning towards MSI card. 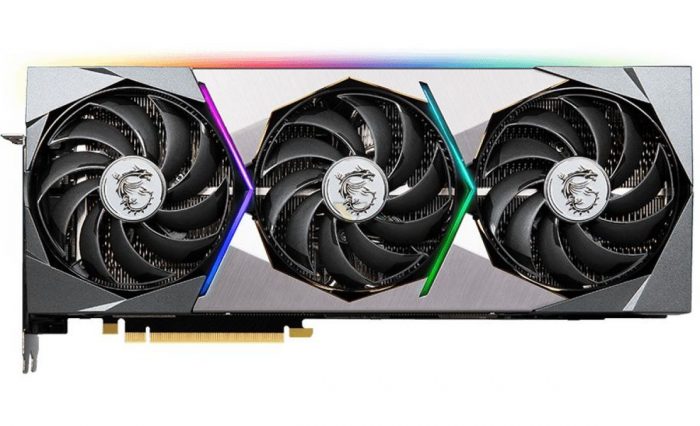 NVIDIA GeForce RTX 4090 GPU is to feature 16384 CUDA cores and 24 GB of GDDR6X memory. The board design will be very similar to NVIDIA RTX 3090 Ti series, which is why some board partners may only introduce cosmetic changes to their existing designs (which by the way are just a few months old). The only major difference for next-gen RTX 4090 series GPU cooler design is increased power, supposedly up to 450W. This alone will require a lot of internal testing.