LeBron James‘Tuesday workout was unforgettable — The King got to hit the hardwood at the Lakers’ facility for some drills with his two sons … and all three looked AWESOME.

The LA superstar and his two boys — Bronny and Bryce — just got in the sweat sesh down in El Segundo … working on their dunks, their jumpers and their ball-handling.

The trio of James showcased some serious skills — all three of ’em can rattle the rim now, and all three certainly know how to find the bottom of the basket.

Perhaps the most impressive part of the clips that James shared on his social media page was Bryce’s game — the 15-year-old is nearly as tall as Dad now, and yet he can still move like a point guard!! 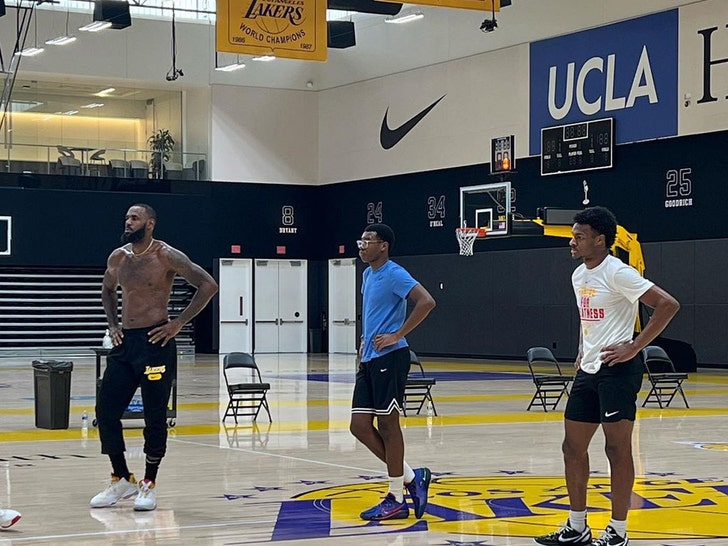 “Simply no better feeling than doing what I love to do with who I love!” James said of the workout. “Great work today Young🤴🏾’s #JamesGang👑 #EarnedNotGiven”

While James is gearing up for Year #20 in the league, his sons still have some HS ball left to play.

But, based on the clips Bron posted — doesn’t seem it’ll be long before they’re all revving up for their own NBA seasons.