Hogwarts Legacy, the upcoming Harry Potter RPG game from Avalanche Software, has its different editions seemingly leaked before the official announcement, as Reddit user BattleDashBR managed to activate the displays on the game’s official site, which revealed all the information about the multiple editions coming to the game on day one, and what perks they include.

The three editions include Collector’s Edition, Deluxe Edition, and Standard Edition. Here’s a rundown of all the editions and what they include. 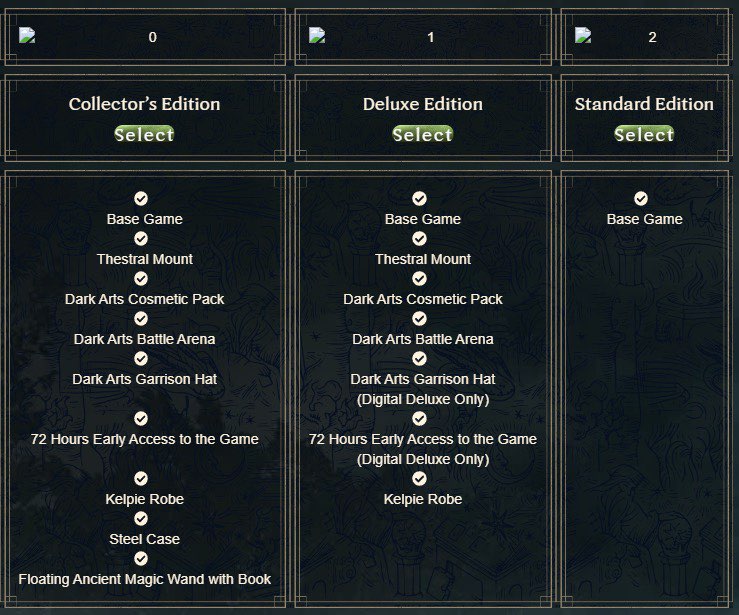 Note that same with any other leak, this is not official, so things could change at anytime, so best to treat this with a grain of salt. The official announcement for these editions, along with the prices should be coming soon as Hogwarts Legacy is still slated for a Q4 2022 launch on Xbox Series X|S, Xbox One, PS5, PS4, and PC.