The more than 60 million scientific-journal papers indexed by Crossref — the database that registers DOIs, or digital object identifiers, for many of the world’s academic publications — now contain reference lists that are free to access and reuse.

The milestone, announced on Twitter on 18 August, is the result of an effort by the Initiative for Open Citations (I4OC), launched in 2017. Open-science advocates have for years campaigned to make papers’ citation data accessible under liberal copyright licenses so that they can be studied, and those analyzes shared. Free access to citations enables researchers to identify research trends, lets them conduct studies on which areas of research need funding, and helps them to spot when scientists are manipulating citation counts. 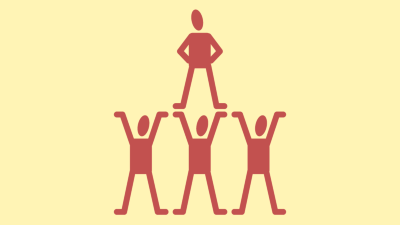 “This is fantastic,” says Jodi Schneider, an information scientist at University of Illinois at Urbana–Champaign, who has used citation data to examine whether studies that cite retracted papers mention that the papers have been pulled. “Citation data is the bedrock of science.”

At its launch, I4OC partnered with 29 scholarly publishers to open up references in 14 million papers. Five years on, that number has risen to more than 60 million, covering all the journal papers indexed on Crossref, a non-profit collaboration that promotes sharing of scholarly information. The citing papers and those being cited might still be behind a paywall, but their reference lists are not. (Crossref indexes about 134 million records in total, including articles that do not have reference lists.)

The move means that bibliometricians, scientometricians and information scientists will be able to reuse citation data in any way they please under the most liberal copyright licence, called CC0. This, in turn, allows other researchers to build on their work.

Before I4OC, researchers generally had to obtain permission to access data from major scholarly databases such as Web of Science and Scopus, and weren’t able to share the samples.

However, the opening up of Crossref articles’ citations doesn’t mean that all the world’s scholarly content now has open references. Although most major international academic publishers, including Elsevier, Springer Nature (which publishes Nature) and Taylor & Francis, index their papers on Crossref, some do not. These often include regional and non-English-language publications.

I4OC co-founder Dario Taraborelli, science program officer at the Chan Zuckerberg Initiative in San Francisco, California, says that the next challenge will be to encourage publishers who don’t already deposit reference data in Crossref to do so.