What you find is something that just feels right. The only option of significance on our test car was four-wheel steering, and so equipped it felt so delightful that not once did I find myself craving more power, grip or drama. It felt perfectly balanced, the urge of the 3.0-litre twin-turbo motor matching perfectly the adhesion of the chassis, which is enhanced not only by those four steered wheels but also the limited-slip diff. There are many more exciting 911s you can buy, but only at a considerable premium that you may regard as simply not worth it.

My only complaint was the manual gearbox. Seven ratios was too many when I first encountered it on the 991 more than a decade ago and remains so today. The six-speeder used on the 911 GT3 and Cayman GT4 is wildly preferable.

But as a whole, you just find yourself wishing Porsche had done this car sooner. The base engine with a manual gearbox – light, simple, usable – is such an enticing prospect and the promise made is kept by the car in full. As I drove it back into downtown Los Angeles, I was already mentally speccing ‘my’ car: Gentian blue, four-wheel steer, dark upholstery, badge delete. The chance actually to do so would indeed be a fine thing. 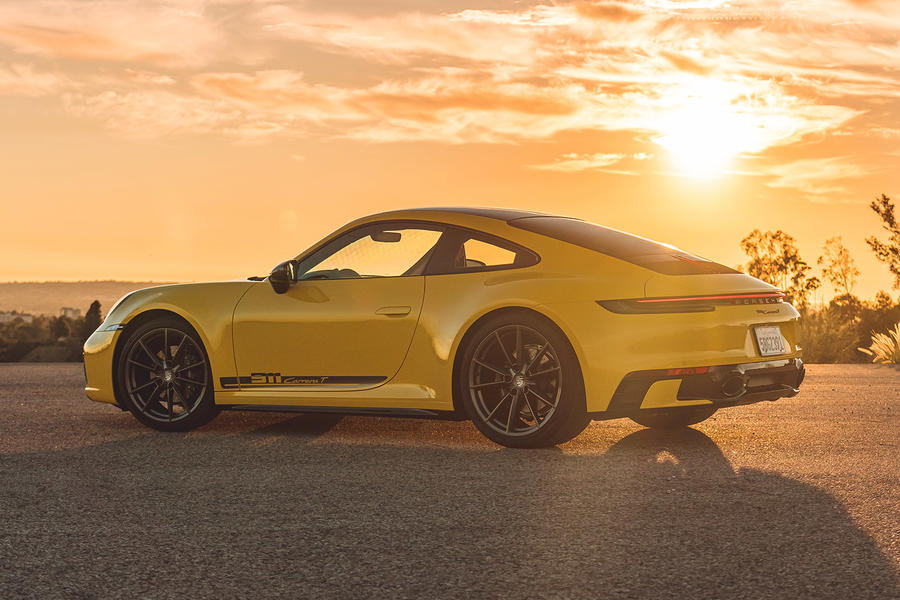