It looks like AMD Ryzen 7000 series are getting much cheaper for European customers.

Update: Ryzen 7000 series are now even cheaper, this post has been updated accordingly.

Some retailers in Europe are beginning to discount Ryzen 7000 series by over 200 EUR. Then flagship Ryzen 9 7950X has received a massive price cut from 849 EUR to just 648 EUR in less than two months. Such a price is even lower than direct conversion from USD to EUR. 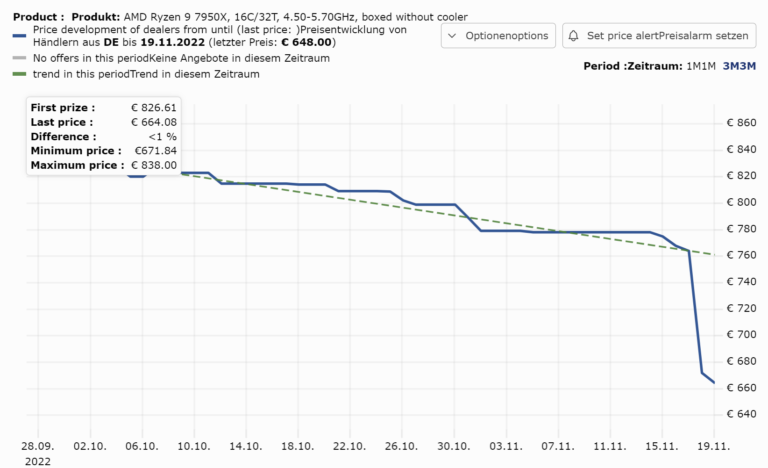 There is no sign of similar price cuts in other regions yet. Such pricing is obviously more attractive to customers, especially those considering a long-term investment into a modern desktop PC platform. It is not clear if those prices are to remain or this is a time-limited offer.