WHATSAPP is working on a new feature that changes how your group chats look.

It’s being trialled right now – and could land on your phone very soon.

WhatsApp usually tests new features in the beta version of the app.

Now the sleuths at WABetaInfo have discovered that WhatsApp is trialling adding profile photos to group chats.

WhatsApp has already been testing this on iOS for iPhone, but it’s now being rolled out on the Desktop beta too.

That means it’s increasingly likely that the change will land on everyone’s phones sooner rather than later.

“The profile photo of group members will show up when receiving a message in a group,” WABetaInfo explained.

“In case the group member doesn’t have a profile picture or it’s not available due to their privacy settings, the default profile icon will show up and it will be tinted by using the same color as the contact name.

“It is simply a cosmetic addition but it may be useful to immediately recognize who sent the message in case there are duplicated contact names or the phone number is not saved in the address book.”

Sadly it’s unclear exactly when this new feature will roll out to the general public.

But once it arrives, it should make it easier to tell users apart – especially in large groups.

WhatsApp group sizes were originally capped at 100 people, before changing to a limit of 256 in 2016.

Then earlier this year, WhatsApp ramped this up to a frankly enormous 512 people.

Now WhatsApp is testing maximum group sizes of up to 1,024 participants.

So profile photos should help to make these group chats feel a little easier to handle.

If you want to try the latest WhatsApp features first, follow our guide to joining the beta below.

How to get WhatsApp beta

To download WhatsApp beta for your smartphone you need to go to Google Play on your Android and search for WhatsApp.

Scroll down the page until you see “Become a Beta Tester”.

Tap the “I’m In” button and then click “Join” to confirm.

Now all you have to do is wait for the update to the beta version of the app. 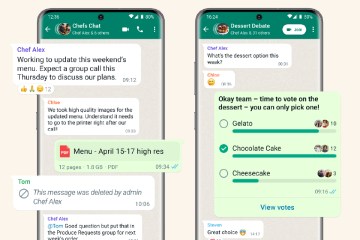 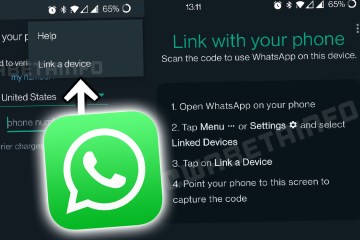 Joining the WhatsApp beta on iOS for iPhone is more difficult, and has limited capacity.