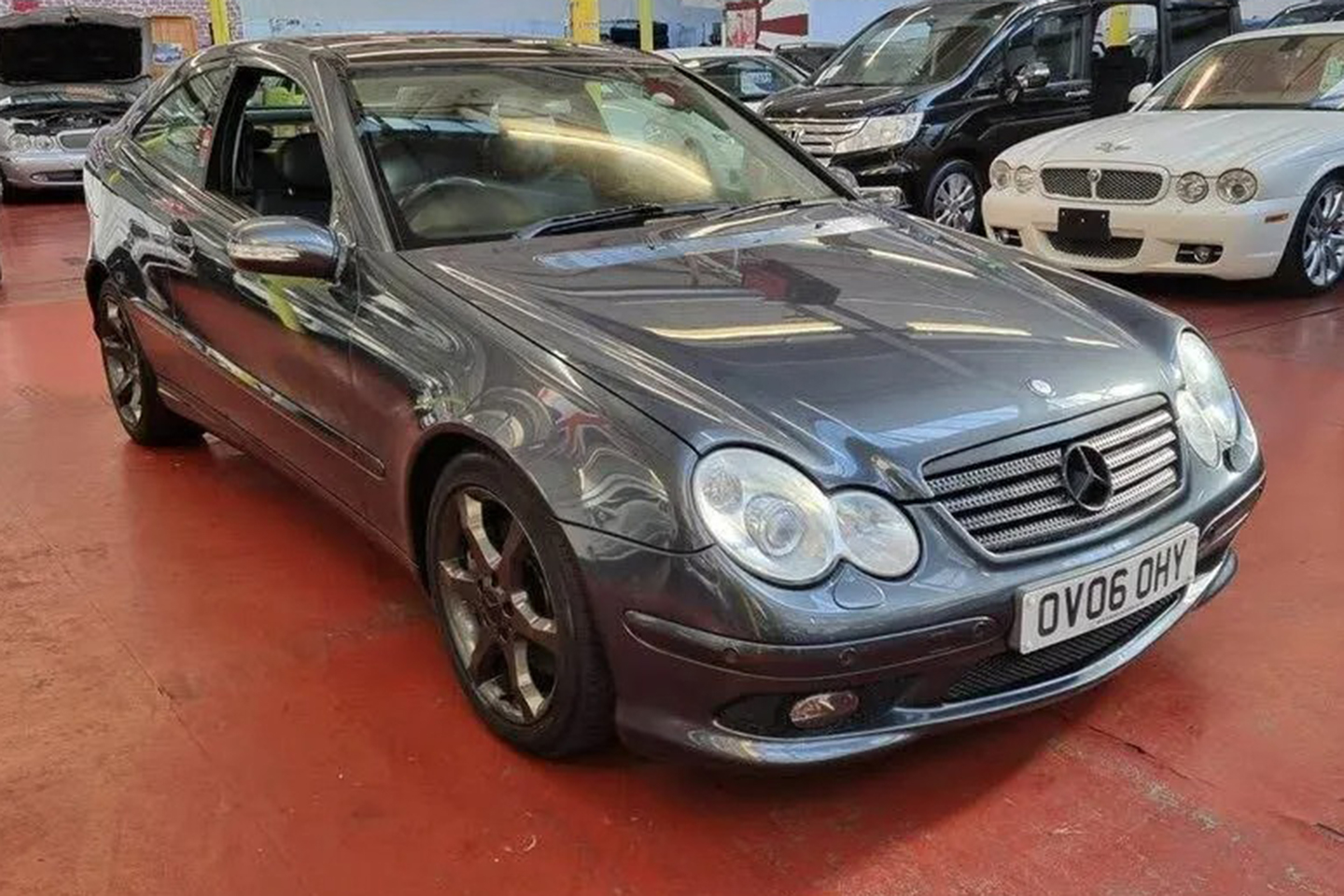 Mercedes is now legendary for its ability to cram cars into niches that don’t seem to exist. Only Benz could have made cars like the R63 AMG (the whole R-Class range, really), the Maybach S-Class, the V12-engined SLs and so on. They’re still at it today in fact, with cars like the seven-seat GLB 35 AMG, the pair of CLA Shooting Brake models, and the almighty four-door GT63. They must all sell in tiny numbers, yet Mercedes persists. And that’s great, because it keeps line ups diverse, gives buyers alternatives to the norm and, in cases like the ’63, creates some epic cars. You do you Mercedes, and keep up the good work.

The niche busting is brilliant news for the secondhand buyer, too, as it means all manner of curios crop up a few years down the line. The C350 Sports Coupe is the perfect example of that. Nobody really needed a small hatchback-cum-coupe with a 3.5-litre V6 and 272hp, but Mercedes made one anyway. Very few were sold (exactly because nobody needed one) yet now the C350 is rare, interesting, fast and flippin cheap – this one is £3,895.

Some background on the C-Class Sports Coupe, first off. Presumably having seen how successful Audi had been with creating a smaller, more practical model in the 1990s with the A3, Mercedes followed suit at the dawn of the millennium with a three-door C-Class. Which then forced BMW’s hand somewhat, and the 1 Series came a few years later. The Audi and the BMW continue to this day, the C-Class SC indirectly replaced by the A-Class now as the entry point to the Merc range. Two decades ago some were wary of cheapening the Benz brand with something like a C-Class hatch – back when the A-Class was expensive and innovative – but the strategy worked a treat for Mercedes. Not only did the Sport Coupe run for more than a decade (later as the CLC), at one point 40 per cent of customers were so impressed by their baby Merc that they returned for a more senior model. 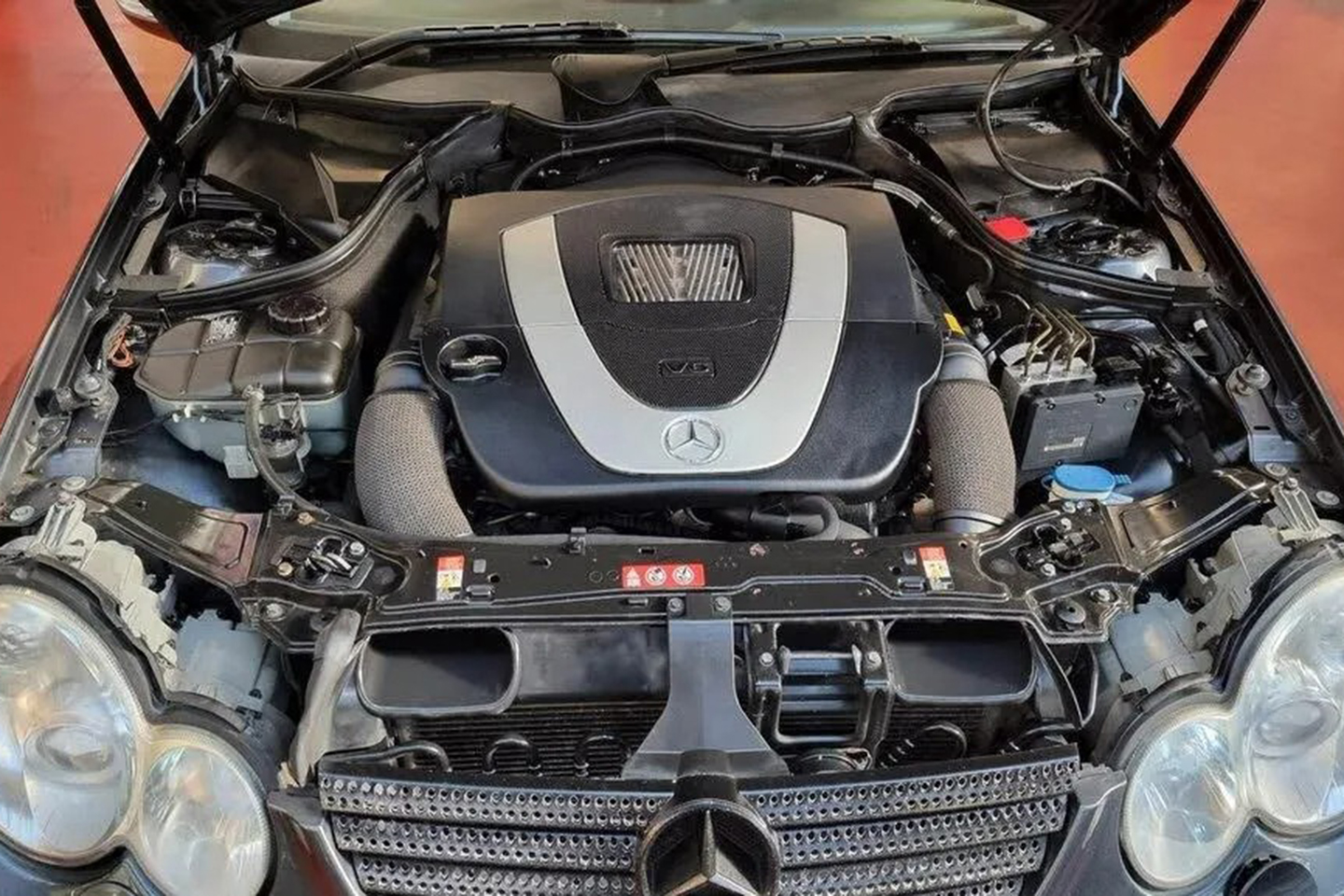 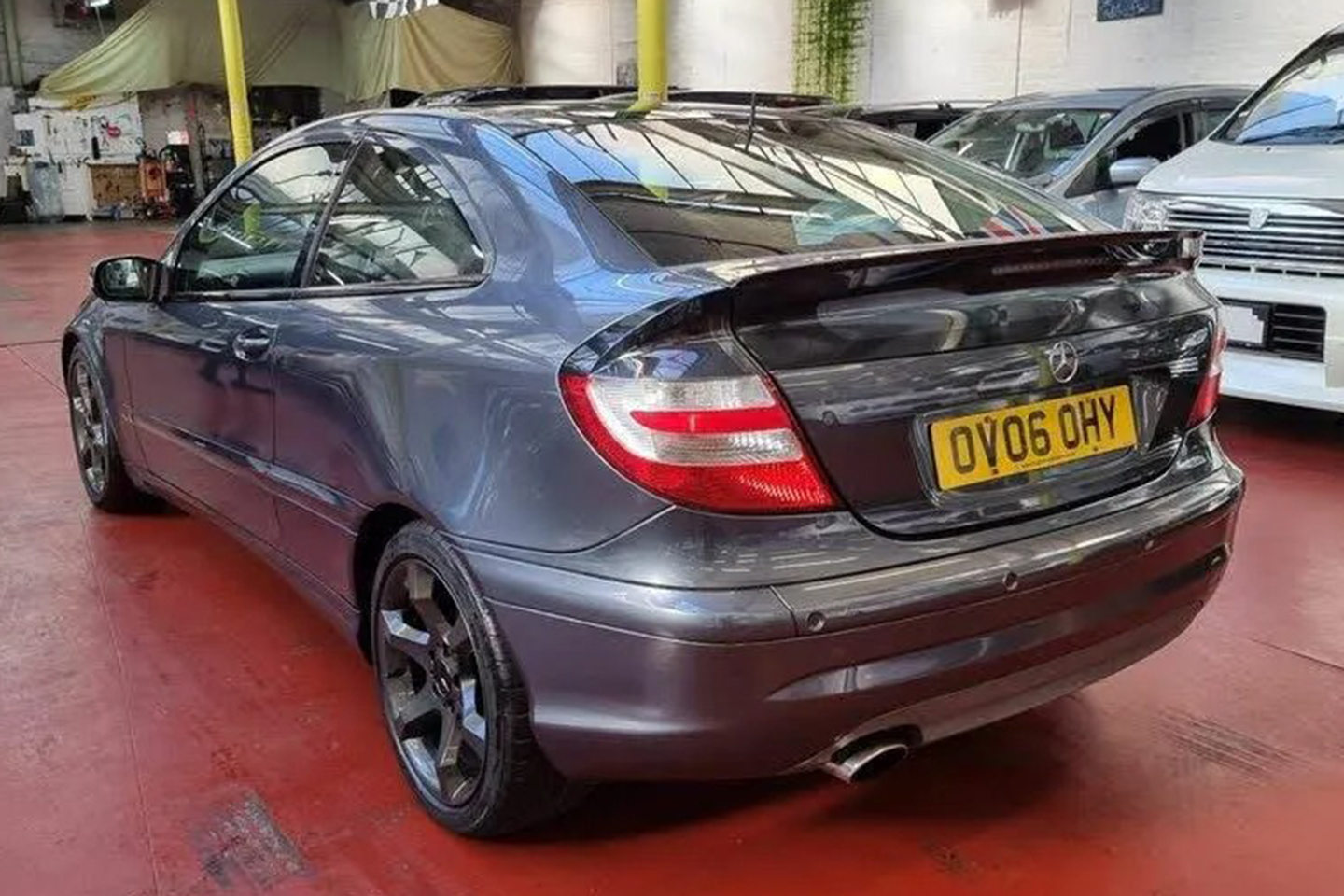 Anyway, the C-Class in question. The C350 arrived in 2005 to replace the C320 that had served as the flagship at launch, but it was much more than a mid-life facelift. The switch from 3.2-litres to 3.5-litres (a very strange thing to write now looking at a car of this size) meant a healthy jump in power from 218hp to 272hp, which would be competitive in a hot hatch today. Crucially, it made the Sports Coupe more powerful than both the BMW 130i and Audi A3 3.2. With the new seven-speed auto as standard as well, replacing the old five-ratio ‘box, performance was properly brisk: 0-62mph took 6.4 seconds, and the top speed was 155mph. The result was a decent little bruiser, if lacking the final bit of driver reward with no manual gearbox or limited-slip diff. No matter; Autocar called the C350 Sports Coupe ‘a genuine rival for the BMW 130i’ at the time, which sounds like praise to us.

But it was expensive, making the C350’s task even harder when a lot of people coveted the Sports Coupe just for the three-pointed star – a C180 sufficed for most. Back in 2005 it was £28,000, or £45k (!) in today’s money. Which makes this one look even more tempting at less than £4k. Yes, you’ll have to pay the more expensive road tax and, yes, this probably still counts as Merc’s less than brilliant build quality era, but don’t forget about the good stuff. It’s only done 72,000 miles, the MOT history isn’t too scary, the outside scrubs up pretty well and the interior benefits from a huge sunroof, which surely won’t have been a cheap option.  Even the leather looks alright. For a car that’s 16 years old and is for sale at £3,895, it’s hard to think of much to gripe about. We love a Q-car at PH, and fast cars really don’t come much more unassuming than the V6 C-Class Sports Coupe. Long live the slightly mad Mercedes!